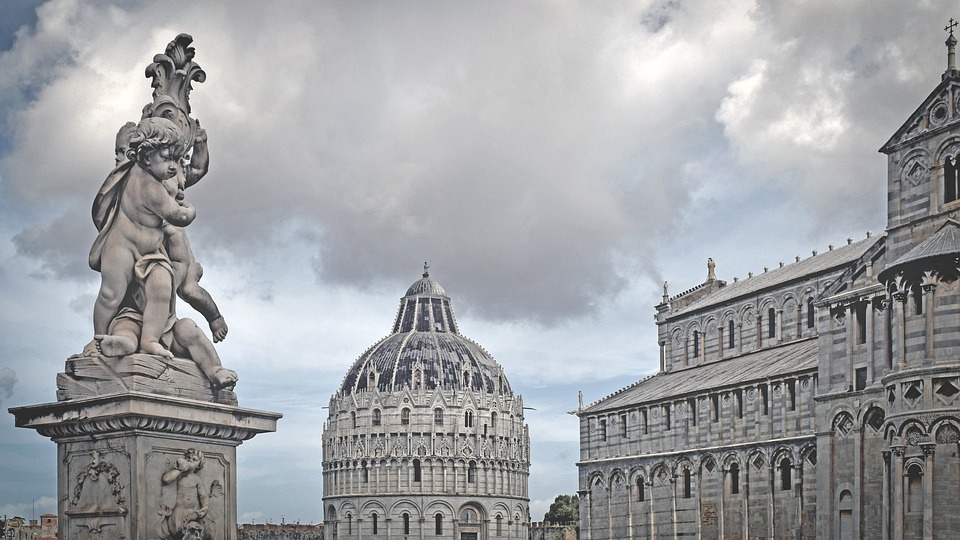 What You Should See in Italy

When I was a kid, my parents took me on a trip to Italy. There are so many other things to see in Italy—some you might expect (like Rome) and others that might surprise you (like Verona). So if you’re going on vacation there soon or planning a trip with your family someday soon, here are some must-see destinations that will help make your trip truly unforgettable.

The Leaning Tower of Pisa is a bell tower in the city of Pisa, Italy. It is famous for its tilt and its status as a UNESCO World Heritage Site. The tower was built in the 13th century as part of an Italian cathedral complex, but it was left unfinished until the 17th century due to lack of funds and other reasons. Today, it stands at about 183 feet tall and leans 13 degrees off vertical due to natural sinking on one side over time (the angle makes up about 25% of its overall height).

The Baptistery of St. John is a religious building that was built in 1228 and it is dedicated to Saint John the Baptist, who according to the Christian tradition, baptized Jesus Christ. It is one of Italy’s most famous landmarks and you should not miss seeing it when you’re on vacation in Italy.

The Duomo is a majestic cathedral in Florence, Italy. It was built between the 12th and 14th centuries and is the largest cathedral in Italy. The Duomo is also one of the largest cathedrals in the world; it’s the 5th largest church on Earth and the 4th largest in Europe. It’s a stunning example of Gothic architecture, whose exterior was completed during Romanesque times (a time period known for its use of round arches).

The Camposanto Monumentale and Cemetery is a monumental cemetery in Pisa, Italy. The Campo Santo, as it is called in Italian, is one of the world’s largest cemeteries. It contains numerous notable monuments, including those of Dante and Michelangelo. It was founded in 1365 when Giovanni di Bicci de’ Medici commissioned its construction for the city of Pisa and its cathedral. Its name refers to the ground floor of the building that housed offices for the mercantile guilds (l’arte de’ mercanti). The cemetery has been in use since 1365, but it wasn’t until 1410 that all bodies had been transferred from other sites within Pisa to this location.

Located in the Oltrarno district of Florence, near the Basilica of Santa Croce, Vergaio Cemetery is a cemetery with an interesting history. In fact, it was originally a royal hunting preserve where monks would bury deceased monks. Later on, it became a cemetery for members of the nobility and then finally opened to everyone when Napoleon abolished private cemeteries in 1810 during his reign as First Consul before becoming Emperor Napoleon I. A number of notable individuals are buried at Vergaio including Michelangelo Buonarroti (1475-1564), Galileo Galilei (1564-1642), Pietro Leopoldo di Lorena (1717-1780), Ferdinando II de’ Medici (1610-1670), Carlo Goldoni (1707-1793) and many others who contributed greatly to society during their lifetimes.